by Joanne Valiando, Beaverton, OR

I had plenty I could say. Not usually at a loss for words, I was stymied and reduced to tears. My son is a master of logic and he knew just the right words that would shut me up.
Granted, living conditions were sparse at the moment, but it was a roof and hot meals. Two years before, my marriage had nose-dived in an ugly episode of domestic violence.
In a protective mode, I separated myself and my teenage son from the situation as I sought the Lord for answers. Five months later, I was in nursing school in a private, accelerated program.
Now, at forty-three years old, this late bloomer had a better way of providing for my household. All those years as a nurses’ aide and the preparatory sciences had paid off.
We left Southern California for a smaller community and my son was okay with that decision, I thought.
As a night nurse, one of the dilemmas I faced was sleep deprivation. This was my emotional state when my son came into the house, awakening me mid-afternoon. Harsh words were exchanged.
In a terse voice, John’s words caught me totally off-guard. “And what has God ever done for you, Mom?”

He knew the past—brokenness, faults and failures. He knew all our struggles and that I felt I had failed him. Embarking on adulthood at nineteen, he spoke volumes in that one question.
I was speechless.
One night many years later, I was awake, my Bible open. I did not hear an audible voice or see a vision, but the internal nudge was clear and directed. “Pick up your pen and write what I tell you.”
This type of an exchange with the Lord has only happened to me several times in my life. The first one was at the age of fifteen, the second one just before entering nursing school, and now.
Finally, God was giving me the answer to John’s long-ago question, only it wasn’t just for me.
That night, the idea of the “Treasure Chest Legacy” was conceived, giving every believer an opportunity to leave a written legacy of what God has done for them.
Scripture is clear. Share, tell, write down for present and subsequent generations what great things God has done for you. (Deuteronomy 6:6-9)
The Treasure Chest Legacy ministry has required me to go into deeper layers of repentance, relinquish judgmentalism, and  seek the face of God as I never have before.
What has God done for me? 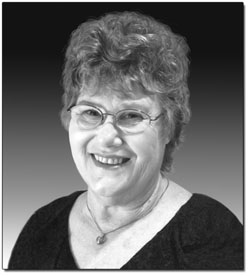 He has tuned me to His whisper and nudges.
What has God done for you?
Enjoy the adventure.

“Let this be written for a future generation,
that a people not yet created may praise the Lord.”
Psalm 102:18